This month the new BACP ethical framework was released. (opens in PDF) The BACP (British Association of Counselling and Psychotherapy) is only one of the various professional organisations therapists can join in the UK, it is however the largest, some would say dominant organisation. It is also the organisation of which I am a member and whose standards and values I am familiar with and attempt to adhere to.

Change can of course always be challenging. Counsellors are (whisper it softly) only human. Therefore it is to be expected, and empathized with that some people are resistant to any new formulation of something as important as the ethical framework they try to work by. I am sure other professions such as teaching, medicine, social work, who went from unregulated to regulated endured similar birth pangs.

It must also be acknowledged that some people do not believe counselling needs stronger regulation, that we can rely on self policing and the fact counsellors are good people. I disagree, indeed without regulation vulnerable people are left unprotected.Currently anyone can call themselves a counsellor, with no training, or sanction if they do harm. Given the depth and intimacy of the therapeutic relationship, and the potential for harm, I personally believe mandatory regulation is the best way forward. You can read more about this here, by Amanda Williamson and here on the “Unsafe Spaces” blog.

One of the revisions to the new ethical framework is causing a certain amount of controversy. Respect is one of values as counsellors we are expected to demonstrate. There is always an issue with how to show something so intangible and abstract. How respect is demonstrated also varies according to cultural background, race, ethnicity, age, class, and a whole host of other factors. It is I believe with this in mind that the BACP have given a quite detailed exploration of what respect in action should look like. Within this is the paragraph that some are objecting to;

recognise when our knowledge of key aspects of our client’s background, identity or lifestyle is inadequate and take steps to inform ourselves from other sources where available and appropriate, rather than expecting the client to teach us

If you talk to those who have had negative experiences of counselling, and especially those who have had negative experiences who belong to minority and or marginalized groups, a recurring complaint will be that they were expected to educate their therapist. Indeed in my research paper, which hopefully will be published in the autumn a recurring theme was that therapists seemed woefully ill-informed and expected the client to fill gaps in their knowledge. without any understanding of how draining that expectation can be.

What are micro aggressions?

This demand from someone to educate them on your problems, the issues and difficulties you face has been termed a microaggression. Microaggresions were first described by African-American academics. They have been compared to the drip of water on a stone. A single drip can appear harmless, however it is the constant nature of it which will eventually wear away the stone. 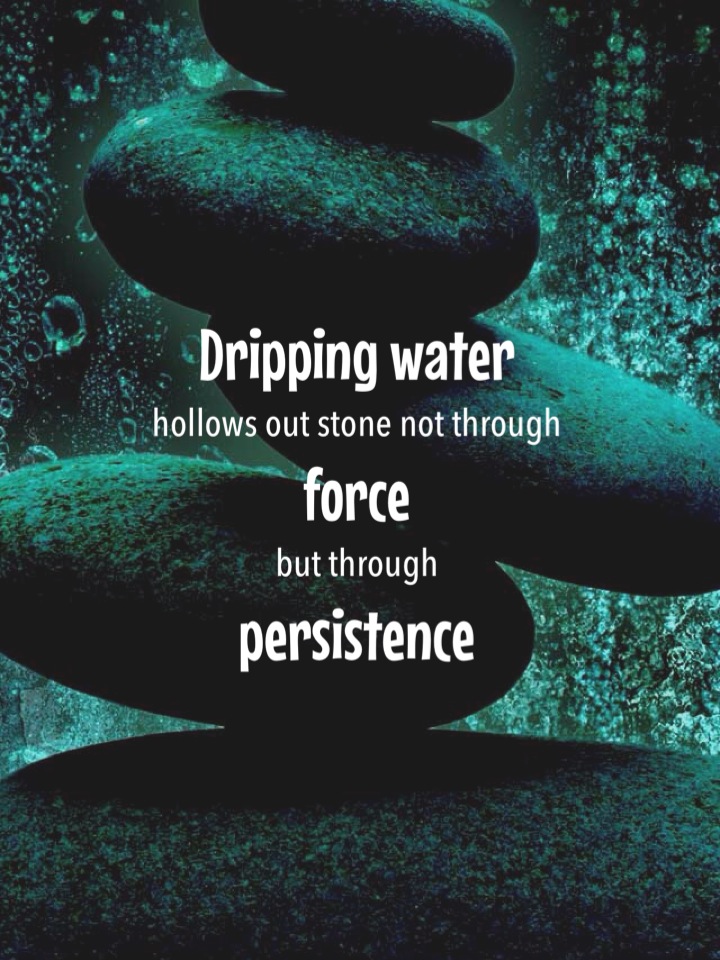 Picture description; The picture shows a five pebbles piled on top of one another, the largest at the bottom, decreasing in size from top to bottom. The pebbles are under water. The caption reads “Dripping water hollows out stone not through force but through persistence” Ovid

It is a situation that many of us may be familiar with. It is not the person in front of you misgendering you, moving your wheelchair, assuming your partner is of the opposite sex, telling a racist joke, but the cumulative effect of this happening hundreds and hundreds of times in your life.

Being asked to educate someone, or expected to educate someone, is a microaggression many face. It is not the same as being receptive to what a client wishes to tell you. Nor is it the same as being willing to talk about your life. One of the problems here is that it is assumed everyone enjoys talking about things which are important to them.Different groups face different expectations, no one expects you to explain or defend what it is like being monogamous. No one asks when you knew you were heterosexual. No one asks about your genital surgery if you are cis. It is the drip, drip drip of water that Ovid describes which causes the harm.

An objection may be that in showing you are ignorant of the issues a client faces you allow them to take a lead, removing the hierarchical nature of some counselling interaction. Saying I do not know is indeed powerful. It can challenge transference which would position you as a parental figure. Therapy should  be a meeting of equals. We are not gurus with arcane knowledge. I learn from every client I see, and value that learning immensely. However the difference here is expectation. As I discuss here in my Questions for Counsellors post, you can express a lack of knowledge without demanding the client educate you.

Respect means being aware of the power imbalances within our culture and taking the time to educate yourself rather than being expected to be educated. Respect in action is a quality that says you do not exist to educate me, nor should I expect it from you. Respect is perhaps one of the hardest qualities to pin down, but vital to ethical practice.

One thought on “Expecting to be Educated”