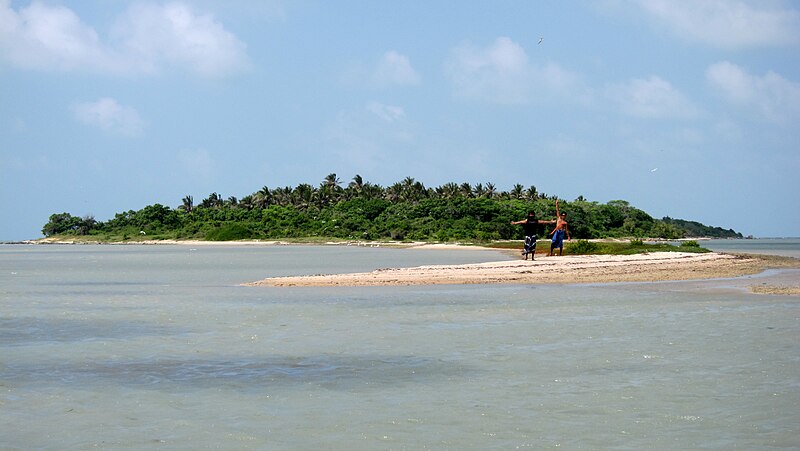 Image Description [ A tree covered tropical island, with two people in the foreground with outstretched arms]

No man is an island,
Entire of itself,
Every man is a piece of the continent,
A part of the main.

The poem, No Man is an Island, by John Donne, is about how we are not isolated from the rest of humanity, but by a series of complex relationships are a “part of the main.” Whilst he was concerned with all of our human interactions it always strikes me as particularly relevant when considering family and their impact upon us.

Just as we are not islands, isolated and unconnected, neither do we arrive on earth fully formed. Each one of us receives messages that have been passed down the generations, an inheritance over which we have no control. Even if we have no contact with our birth parents, that in itself is a powerful message which it can take a lifetime to come to terms with. For most people their parents are there from birth, passing on, often without meaning to, those family myths, beliefs and values which go on to form our attitudes to the world.

It’s not a blame game.

Many people hold back from counselling because they fear it will be all about criticising their parents.This traditional view of psychotherapy is perhaps captured most succinctly by Philip Larkin in This be the verse. However whilst his opening, expletive laden line may seem like he is blaming parents, the following line shows a far deeper, more complex understanding. He understands that his parents were just reacting to the messages, explicit and implicit they received from their parents, who in turn were the products of another generation’s fears, myths, taboos, hopes, dreams and values. We are not islands, we are the products of a thousand generations, each passing something onto the next.

Identifying these messages is not about blame, unless of course your childhood involved abuse, in which case being able to place responsibility where it belongs can be powerful and liberating. For many people, including survivors, its often more about understanding, understanding why they are the way they are, why they react the way they do.

The Blind Men and the Elephant

There is a famous story about perspectives from the Indian subcontinent

Sometimes a family can feel like this, especially if you have siblings. Whilst some messages passed down might be so strong they are absorbed by all, others can be very different according to your position and role within the family. For example the youngest in the family may experience their mother as someone who was quite laid back, and gave them responsibility early, whilst older siblings feel the same mother was too controlling. Neither is wrong, neither is completely accurate. It’s often hard to see the whole elephant, in many ways when counselling addresses family structures it is about removing the blindfold, and taking a step back.

Nothing New Under the Sun.

Many different schools of therapy have considered how to explore, and if need be, change those messages passed along through the generations

Carl Rodgers, the founder of what we now call counselling, talked of conditions of worth. Our conditions of worth are formed initially externally, and particularly in abusive households can be damaging as a child learns they are only worthy if they meet the demands of the adults around them, and sometimes not even then. If a child receives positive regard from others it develops self worth, and goes on to become an adult who does not need the validation of others to feel OK. Most people of course are somewhere on a spectrum of self worth,  with few of us always feeling wonderful or in despair.

Transactional Analysis talks of life scripts, and and the need, particularly when not in an adult ego state, to be aware of the power those learned scripts can have over us.  One of the founders of CBT, Aaron Beck, believed that negative automatic thoughts came from schemas we had developed in childhood. If we are told, for example, that we will never amount to anything, just like our wastrel father, as an adult trying to find a job seems pointless. After all we “know” we will never amount to anything.

Different names, different ways of approaching the topic, but all speaking to the same fundamental truth, we are not islands, we are impacted in adulthood by those lessons taught to us, and this time the test is life itself.

Unpacking those messages can be painful, understanding their origins, how they were passed down from the two families who came together to make yours, can be the moment when you start to free yourself of their impact. Just as an island is formed by eons old geological movements, and a passing rain shower, so we absorb a variety of messages some more powerful than others, but all making us who we are.

If you wish to explore this further in counselling you can contact me on northumberlandcounselling@gmail.com